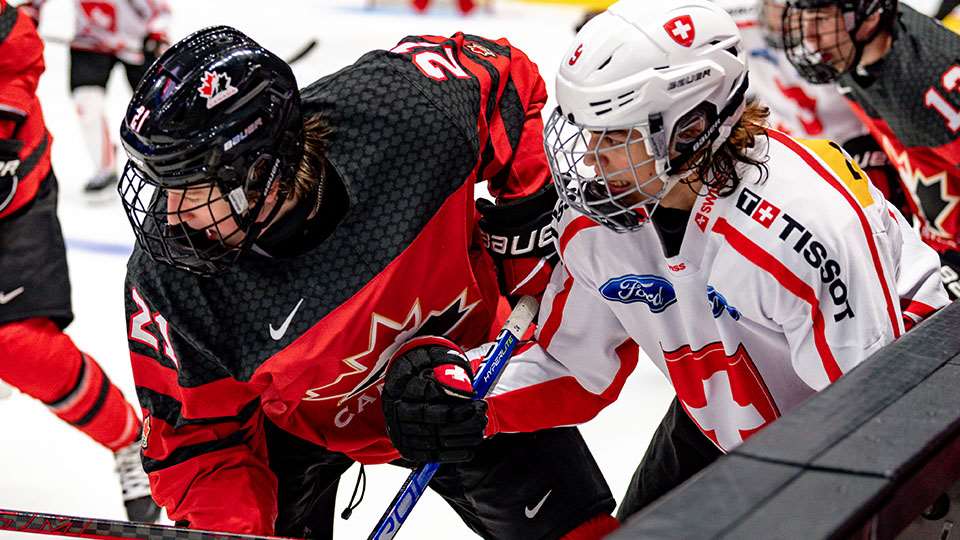 Allen and Ritchie posted four points each, Gauthier scored a hat trick and Canada cruised to shutout win over Switzerland

RED DEER, Alta. – Ethan Gauthier tallied a hat trick and Cameron Allen and Calum Ritchie had four points apiece as Canada opened the preliminary round of the 2022 Hlinka Gretzky Cup with a 14-0 win over Switzerland on Sunday night.

Colby Barlow opened the scoring early with a shorthanded score just two minutes into the first period. Barlow would finish the night with a pair of goals and an assist, taking home Player of the Game honours.

The power play was 4-for-4 on the night, with two goals from Gauthier and one each from Andrew Cristall and Matthew Wood.

In total, 15 players ended up on the scoresheet with at least a point, including starting goaltender Scott Ratzlaff, as the Canadians outshot the Swiss 52-17.

Both teams will return to action Tuesday, with the Swiss facing Sweden (11 a.m. MT) and the Canadians taking on Slovakia (7 p.m. MT).